Get a free bet up to £10
Register
Quick Links

At Betway, we are committed to ensuring that your punting experience is exceptional in every way. One of the ways we do that is to constantly be searching for new betting markets to offer to the punters in New Zealand, at the best odds and with great banking options and customer support. That’s why the new world of eSports betting excites us so much, and why we offer so many superb options for you to get in on all the action.

We cover just about all of the biggest eSports events in the world, and as always we want to make sure you can enjoy them as much as possible. To help you get familiar with this thrilling new area of betting, so that you really get the most out of it, we’ve put together some guidelines on what we cover in our eSportsbook.

Take Betting to the Next Level

Dota 2 is regarded as eSports’ most successful game, and evolved from the Defender of the Ancients custom map that was seen in Warcraft 3. The creators of the original map were brought back for the creation of the standalone Dota 2, and the effort they put in is obvious to anyone who has played it. Dota 2 is a Multiplayer Online Battle Arena game, where 2 teams go against each other until one wins. The teams consist of 5 members each, as in CS:GO, with each player taking control of a different hero.

Each player-controlled hero has its own specific abilities, and all need to work together to conquer their opposition. Teams can win by destroying the throne of their opponents, or by forcing them to concede. Gathering resources to buy items for their heroes helps teams gain an advantage over their adversaries, and accumulating experience also makes the heroes stronger.

Some Buttons Deserve to be Pushed! 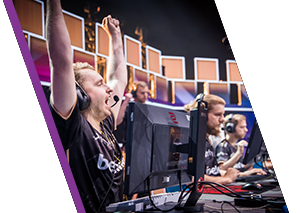 Counter Strike: Global Offensive, or CS:GO, is the sequel to the wildly popular Counter Strike game, which was itself inspired by Halflife 1. The game is a great example of a First-Person Shooter design, and players are on one of 2 teams; the terrorists or the counter-terrorists. The teams have 5 players each, and go against each other in different rounds.

Each round in CS:GO is won when one team eliminates all 5 opposing players. Planting or defusing a bomb will also win the round, and a winner is also determined if the 2-minute time limit runs out. The most popular wagers in CS:GO are head-to-head bets

StarCraft 2 is the sequel to the 1998-released StarCraft, which has a place in history as the first major eSports game. StarCraft 2 has become one of the most popular eSports games to bet on, and is categorised as a Real-Time Strategy game. There are 2 players involved, and each of them can choose between 3 different races that will make up the army they need to train; the Terran, the Protss and the Zerg.

As well as training their armies, players need to work on increasing the technology of the race they are commanding and developing, and on gathering resources. The fascinatingly detailed StarCraft 2 game has a wide range of possible punts, including the ever-popular head-to-head wager.

Shall We Play a Game? 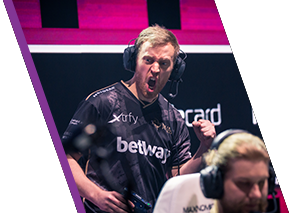 Overwatch is an interesting blend of Multiplayer Online Battle Arena and First-Person Shooter eSports genres. Teams of 6 players fight against each other, with one team attacking and the other team defending. At the end of each round, the teams swap roles so that both spend time attacking and defending. Each round is in a different setting so it is also known as a map, and teams can win the maps by completing the specific objective for each map.

Most map objectives are to capture and hold a checkpoint, so that the defending team needs to prevent the checkpoint from being captured to win the round, and the attacking team needs to successfully capture the checkpoint to win. Overwatch is not yet as popular as our other major eSports titles, but it is gaining momentum and has exciting online betting opportunities including which team will win each map, and which team will win overall.

League of Legends, or LoL, is another Multiplayer Online Battle Arena game with 2 teams of 5 players each. Each player in the team assumes the role of a summoner, and controls a specific Champion. These Champions begin the game with very limited powers, and grow stronger as teams accumulate experience, items and resources. Not all of these will apply to every Champion, so they will develop at different rates.

To win a LoL game, teams have to destroy the Nexus of the opposing team. The Nexus is a specific building that is protected by various smaller defensive structures that are difficult to breach. There are several LoL tournaments held throughout the year, so you should always find an opportunity to put money on which team will win, on the victor of specific Champion matchups or on any of the other available bets.

This introduction should give you an idea of the eSports markets available at Betway. Punters in New Zealand will have access to bets on the Dota 2 International, the LoL Worlds Tournament, the StarCraft 2 World Game Masters, the Overwatch Apex Tournament and the ESL Pro League, among many others. The action is all waiting for you here!